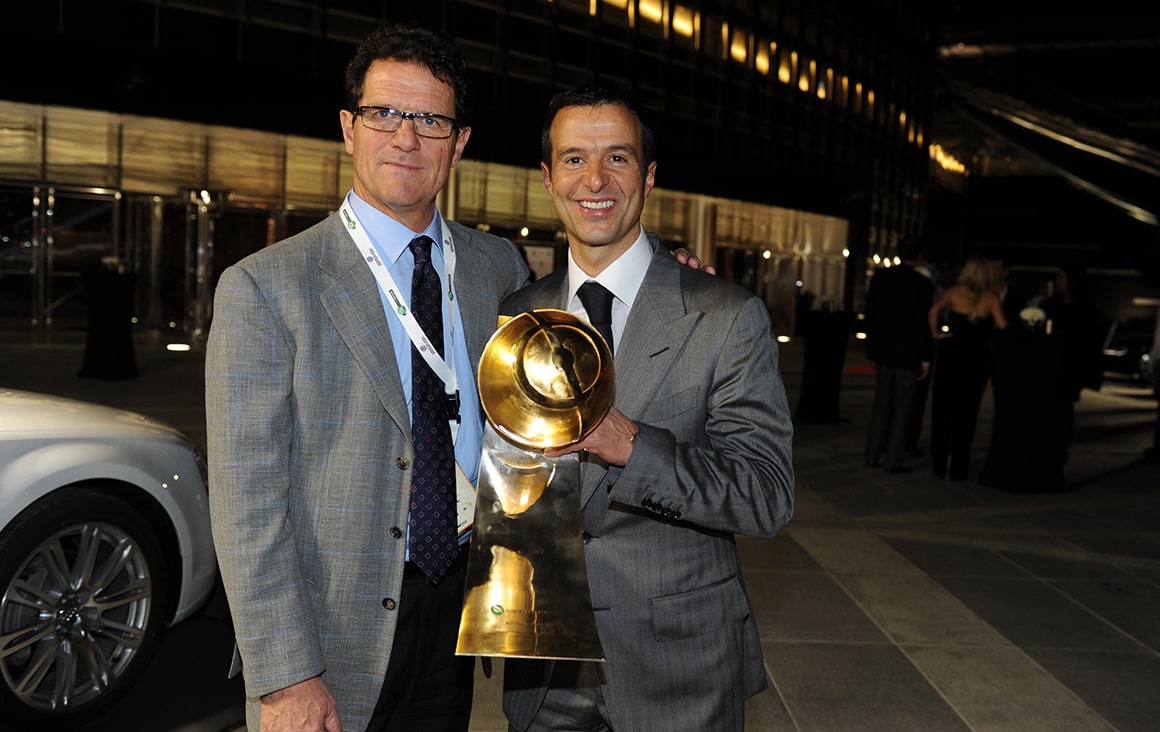 The FIFA best agent award for 2011 goes, once again, to Jorge Mendes, who was chosen by the jury for the second season running. During the last season the Portuguese agent successfully completed an impressive number of transfers (standouts were Falcao to Athletic Madrid, Coentrao to Real Madrid, etc.), part of a series that had already seen him make a mark for the deals involving Cristiano Ronaldo in 2009 and Josè Mourhino in2010. Inthe international panorama Mendes has become a reference point on the market for leading football clubs. His approach involves total dedication to his work and to football. The determination with which he follows his players makes him indispensible.

Today Globe Soccer acknowledges him as the number one.