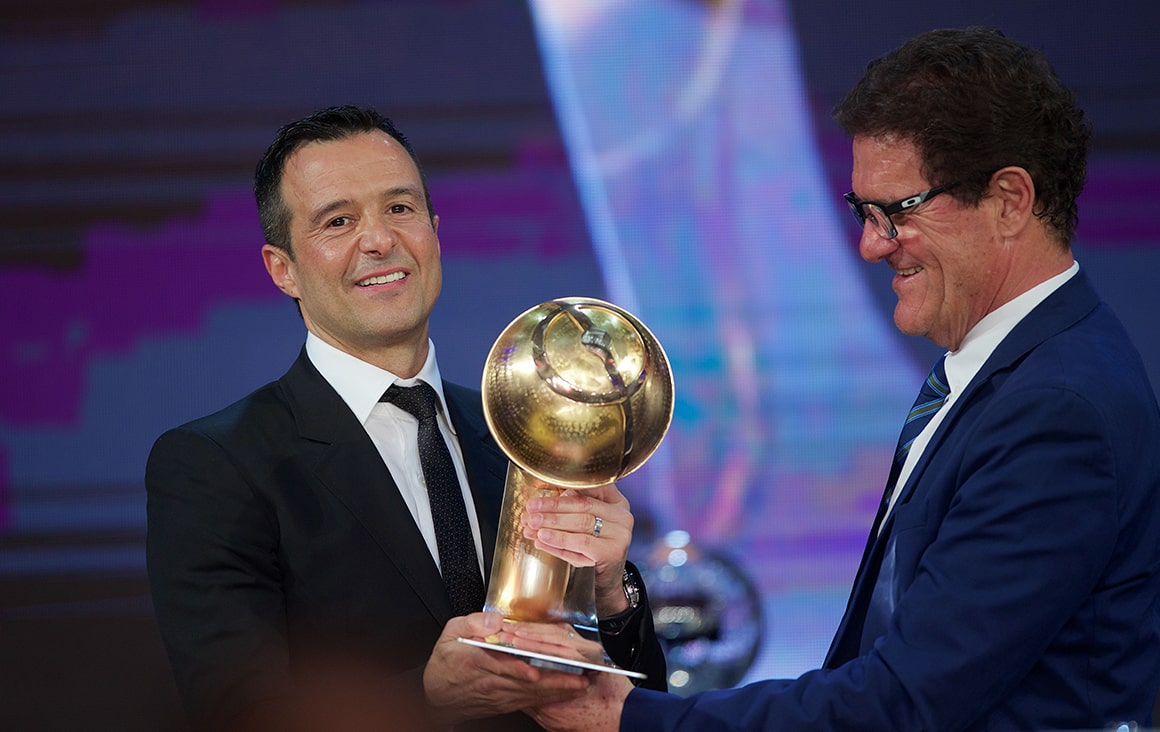 Mendes represents many of the most famous faces in football, both players and coaches, in the main European leagues. Cristiano Ronaldo, Di Maria, Diego Costa, Radamel Falcao, James Rodríguez, and Josè Mourinho are among his clients and work at the most famous clubs in the world. In the last four editions of Globe Soccer, Mendes has received the award as the best FIFA agent of the year, monopolising the award thanks to the transfers completed for hundreds of millions of euro. Last summer alone Mendes helped Di Maria and Radamel Falcao in their move to Manchester United, James Rodriguez- star of the World Cup with Colombia- in his move to Real Madrid, and Diego Costa and Mourinho in arranging their contracts with Chelsea. His company, Gestifute, was founded in 2006 and is based in Porto and Lisbon, with around 20 professional staff (who specialise in finding and promoting young talent) engaged in guaranteeing the best and most valid support to the numerous stars they represent.